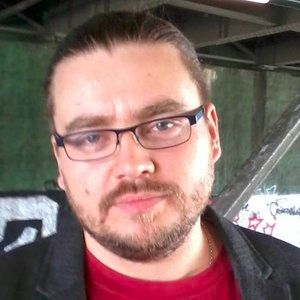 In 1991-98 I studied in school with an in-depth study of Mathematics.

In school, I took part in different Clubs and played in Theater. Was interested in computers, physics, and geography.

After school, I was studying in College of Business, Management, and Law.

In the age of 16, I was elected as First President of College.

In school and college, I took part 4 regional Olympiad in Mathematics, Chemistry, Physics, and Geography.

In 2000 I moved to Vladimir, Russia. There I participated in various political, youth and charitable organizations.

In 2000-2007 I studied at Vladimir State University in two specializations. Took part in scientific research in Automation, Robotics, and Lasers.

Also, I was an active member of Student's Union and was elected as the member of the City Youth Parliament.

In 2007 graduated from Vladimir State University.

In 2008 I was one of the founders of the Intellectual Movement "Lebed" (The Swan) and became its vice-president.

I was responsible for fundraising, financial and operational management, government and public relations.

In the same year, I joined to Transparency International Movement. Where I built a regional network with 50+ employees and implemented several IT Projects.

In 2012 my project "Problem map of Vladimir" got an award from US Mission to the OSCE.

My Projects helped many people.

In 2014 moved to Berlin, Germany, where lives my Family.

In the beginning of 2015, I joined a non-profit organization which supports civic activism and explores the situation with Human Right in Russia.

During 2015 I was studying German and worked with several Russian and German NGO.

At the same time, I started exploring Startup Community and Ecosystem in Berlin.

In the end of 2015, I launched my personal startup and got reach experience in this area.

In 2017 joined Cybersecurity startup Trustless.ai to scale it to world-leading security ecosystem.